NEW ORLEANS (Ferdie Werdie) — Newsperson to newsperson, I try to catch CNN International news nightly before I turn off my TV each day. At first, I thought that anchorwoman Rosemary Church was reporting from across the pond in England or somewhere like that. However, the CNN International broadcast is based in Atlanta, Georgia. I did not know that. It is a nice wrap up to my daily chores to hear all of the headlines from Rosemary before I fall asleep each twilight.

@ferdiewerdie @Sanzye Only 30mins left in the show, but u r just in time to get the headlines and more.

NEW ORLEANS (Gazette) — When I was young, I had one like this (in picture below) cooking for me and inhabiting my kitchen. Now, I am old and have to do my own cooking and taking care of my own kitchen. My co-pilot is still in the vicinity, but she does not dress like that anymore.

I believe that the good Lord wants everyone to have a co-pilot in this life in order to help navigate the sometimes-treacherous waters and rough terrain. Sometimes your co-pilot might run his/her mouth too much or snap off in the cranial area occasionally. However, without your co-pilot close by, you might not see an upcoming boulder in the road or a pit in the ground. Thank God for co-pilots. 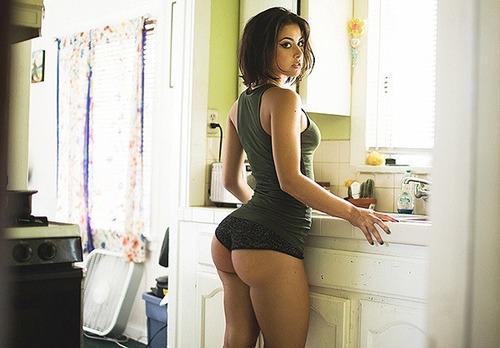 I had one like this when I was young.

BOSCOVILLE (Gazette) — There are laws in our constitution that protect the White House against slanders and attacks from traitors and foreigners who are bent on crushing our president and the White House. Zionistic and terroristic Israeli leader Netanyahu and the hateful, traitorous Republican Congress need to be taken to task for their traitorous assaults against the White House and our American president.

No! No! No! Please do not tell me that the hate and ugliness which is growing in this country will reach the depths of the early 20th Century. What in the world will the upcoming years bring us in this century? I believe that no one knows the depths that hatred will take in the coming years. I blame the hateful Republicans and hatemongers like FOX NEWS.

Why aren’t the local authorities in Mississippi investigating this hanging like they should? Why is it taking the FBI to investigate this lynching? I have been recently thinking about moving to Mississippi to be close to the beautiful beaches and the lovely scenery. However, if this pot of hatred in Mississippi is brewing up and beginning to boil over, I will probably look in another direction.

NEW ORLEANS (by Ferdie Werdie) — What? Do you remember this picture from our past? Jayne Mansfield used to dress provocatively publicly in order to attrack attention from the media. I would say that her tactics worked just fine and dandy here. Sophia Loren was having a quiet, pleasant dinner until Mansfield “attacked” her table.

This is the full picture of the incident. Jayne Mansfield did not exactly dress in a child-friendly manner in public. My warning would be to put all women and children to bed (well, at least all children) once Mansfield entered the vicinity. 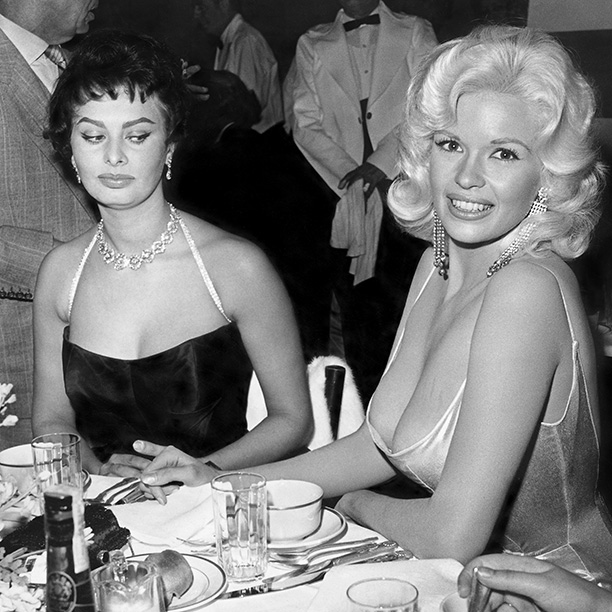 NEW ORLEANS (Gazette) — Hollywood Movie star and sex kitten Paula Paton is about to fall from the sky straight into my arms like an angel. WATCH!! I am not playing. She will be mine. Now that she and singer Alan Thicke are separating, it is my time to woo and whatever this lovely, fine and sexy thang. THERE IS A GOD IN HEAVEN!!!

UPDATE: I just tweeted Paula and officially asked for a date. On the set of DEJA VU in New Orleans in 2006 Paula eyeballed me once. I was an extra in the movie. Denzel Washington got upset at me for the attention, and cut me out of some of the scenes.

@PaulaPattonXO >>I am officially logging my request here for a date w/you. Maybe I can escort u to the Oscars 1 day. You eyeballed me once.

I have another video that I want to put up also. Plus, I might say something about Donald Trump later. He scrambled up my brain already this morning with something stupid he did. Hillary is holding a conversation with Lady Gaga. I would like to see a candidate choose Hillary as Vice President. When I […]

One guy on my job thought that my name was Birdman. He called me Birdman for years which I thought he was saying as a nickname. On different jobs throughout the years, people have called me nicknames or different variations of my name. I always looked at it as affection from my friends. In fact, […]

“Sometimes Nothin Can Be A Real Cool Hand!”

“What you got here is a failure to communicate,” the captain once said. This video below is an iconic scene in movie history. The guy in the video is a real “cool hand” person. Valentine’s Day Oh, Lady Justice. The Republicans and haters are abusing you worst than in our country’s whole history. New Delery […]

This video explains my opinion about the Iowa Democratic primary results. https://t.co/UU3TnjD4pH — Gazette (@Ferd3desk) February 4, 2020 Click the below link to see an update which I added about the primary. Here it is: https://m.facebook.com/story.php?story_fbid=2749296831823700&id=103982486355161&sfnsn=mo My daughters had a helper backing them when they lived in the dormitory during college. #Aida used to show […]

What in the world are the Republicans doing to Lady Justice? Oh, my God! Lady Gaga is a celebrity queen. View this post on Instagram We had so much fun in Miami. Love to all my little monsters and fans, you’re the best! ❤️ A post shared by Lady Gaga (@ladygaga) on Feb 3, 2020 […]