Note: I am about to write my review of the new movie The Danish Girl. Plus, I will explain how I happened to see the movie today in the first place.

This is a picture of Alicia Vikander, one of the stars of The Danish Girl. I first saw her in The Man From U.N.C.L.E in which she was the Bond Girl, if you will. The Danish Girl along with Vikander opened to excellent critical acclaim. 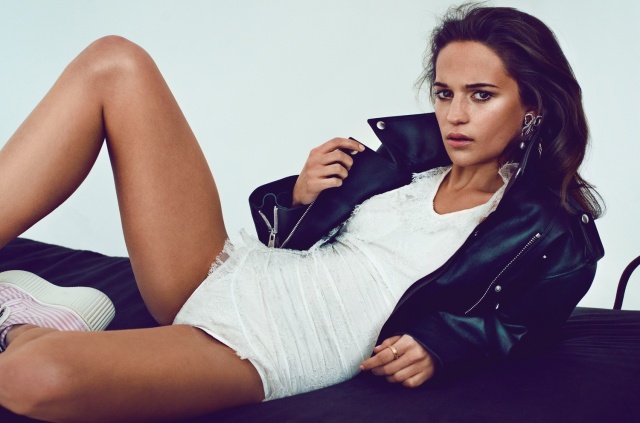 Also, once I see the new Star Wars movie, can/will I keep my mouth shut about all of the plot secrets and plot twists that the movie’s makers have kept so close to the vest? I have relatives and friends who are just waiting to do me harm if I open up my mouth about the new movie. UPDATE: I saw it, and I am keeping my mouth shut. Except, (oh, oh)… I have to say that if you can, I recommend that you see the IMAX version. I bought a ticket for the 3D-only version because it was the first showing in the morning. However, I accidentally stepped into the IMAX screening for a moment after getting some popcorn, and discovered that the IMAX audio is outstanding.

Catch up on Star Wars in less than 5 Minutes with this musical recap https://t.co/cvZi6unS0F

I have some videos and pictures from my daughter’s graduation that I plan to post at my Gazette. The 19th was the 4th anniversary of her receiving her Engineering Degree. Until then here is a link to where I saved some of the pictures: See the pictures.

This is another picture from around that time. This is my youngest granddaughter; but maybe she had not been born yet:

Now, here is a picture of one of Potato’s big sisters, Halfa’ Pint, from a few years ago.

I am thinking about starting up another Biggest Loser Contest in 2016. You can see the last winner at the link. Also, with the primaries around the corner, I have decided to follow Donald Trump on Twitter. Some of the earliest primaries are listed below.

@realDonaldTrump >>I have decided to follow you on Twitter. My brother who lives in #NewJesey is saying positive things about u. #Trump2016

I will explain this video later. It reminds me of an Ann Margaret video that I have.